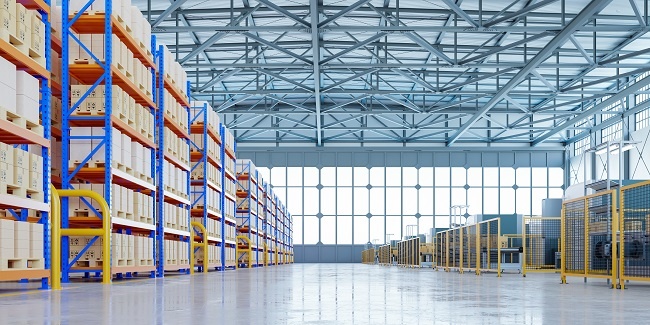 Central and northern New Jersey saw record growth in warehouse leasing in the first three months of 2021, while South Jersey became a hot spot for construction of distribution centers, according to a recent survey that provides statistical support to many anecdotal reports that the state is experiencing a wave of warehouse “sprawl.”

The survey by Newmark, a commercial real estate advisory firm, found the aggregate area of leased warehouse space in the northern and central parts of the state grew by 11.1 million square feet in the first quarter, the highest quarterly total for at least 20 years.

Surging demand for space to store an avalanche of goods ordered online, and fueled by the COVID-19 pandemic, also drove up the average asking rent for warehouse space in north and central Jersey to $9.67 a square foot from $9.04 in the fourth quarter of 2020. The vacancy rate dropped to 4%.

In South Jersey, the area has become the “epicenter” of warehouse construction in the greater Philadelphia region, Newmark said in a separate report. The busiest submarket is Burlington County where some 3.5 million square feet of industrial space were under construction in the first quarter, and the average asking rent for warehouses was the highest in the region.

Salem County sizzles
The South Jersey report included data from Salem County for the first time, in recognition of its rapid growth in the warehouse market. It noted that commercial rents are rising in the county although they are still lower than those in other areas.

The reports, published in mid-April, were compiled by Newmark’s researchers, based on data gathered from municipalities, third-party vendors, news reports and the company’s brokerage teams.

The data for both regions cover the “industrial” market, which also includes manufacturing plants, but chiefly consists of warehousing. The report noted that the total inventory of warehouse space in north and central Jersey, at 494 million square feet, is about four times greater than the 132 million square feet in the “general industrial” category. It predicted that rents will continue to rise as demand exceeds supply.

Turnpike corridor sees serious construction
In the north/central region, about half of the new leasing volume was for new construction, and all of those projects are along the New Jersey Turnpike corridor, Newmark found. Examples include the home goods retailer Williams-Sonoma, which — before construction was complete — leased warehouse space totaling 1.2 million square feet at South Brunswick, adding to its two existing warehouses at turnpike Exit 8A. Meanwhile, the logistics company FedEx signed two leases totaling about 1.4 million square feet at Newark and Exit 9 on the turnpike, the report said.

Some of the highest rents and lowest vacancy rates are being seen in submarkets like the Meadowlands, Newark and Paterson/Passaic. That indicates demand for warehouse space is the strongest at sites near the Port of New York and New Jersey, where many imported goods enter the country, said Tim Evans, director of research at the nonprofit New Jersey Future, which advocates for the redevelopment of urban sites rather than the consumption of more open space.

“It really looks like locating close to the port is still the first choice for the bigger warehouses that are involved in distributing goods throughout the East Coast,” Evans said.

But if there’s no land available near the port, warehouse developers will look for more distant sites that have access to major highways, he said, even if those sites consume farmland and choke local roads with trucks. Those concerns have galvanized opponents in communities such as White Township, Warren County, where 2.8 million square feet in warehouse space is due to be built on farmland.

Planning to preserve greenfields
Evans said the data highlights the need for a regional approach to planning that would help municipalities near the port identify land that could be used for warehousing, easing the pressure on developers to move further out to greenfield sites.

He also urged state policymakers to work with municipalities in outlying areas to designate land near highway interchanges that could be used for warehouses, rather than risking the development of farmland or other open space.

“There may simply not be enough land near the port to absorb all of the demand, even with the state playing a facilitating role, and some of the space may end up clustering around outlying highway interchanges,” Evans said. “But let’s at least work with the municipalities that surround the highway interchanges and try to put the warehouses where they’ll be least disruptive.”

Last week, a state Senate panel rejected a bill that would have weakened the power of individual towns to decide whether a warehouse can be built, requiring them to consult with neighboring towns and county or state planning authorities before giving the green light.

Data sources may differ on how quickly new industrial buildings are being added, but all show rapid growth, said Michael McGuinness, chief executive of the New Jersey branch of NAIOP, a national trade group representing developers, owners and investors in commercial real estate.

“We can all agree that the amount of warehouse space has increased each year with the pandemic-charged e-commerce trends fueling this growth,” he said. “The reality is that inventory of product is having a hard time keeping up with sales from consumers, a great deal of which have been occurring in online purchases that draw their supply from the e-commerce centers.”

McGuinness called on the state to set up a “comprehensive” planning group to assess the freight industry’s needs, and to ease the pressure on development of open space.

The report underpins many local cases showing that a flood of new warehouses are being planned and built, sometimes on previously undeveloped sites that have been zoned for warehouse use. In those cases, towns may be unable to deny applications even if they don’t want the development.

Newmark also reported annual data showing that warehouse “deliveries” — when construction is complete and the buildings are ready for occupation — rose to their highest level for a decade last year. New warehouse deliveries totaled 14 million square feet in 2020. That was 33% higher than in 2019, and the second-biggest annual increase since 2011.

Micah Rasmussen, a Rider University professor who led community opposition in Upper Freehold to a warehouse project that was withdrawn by the developer in April, said the data confirms the trend that warehouses are consuming New Jersey’s dwindling open space.

Using the Newmark report plus other industry data, Rasmussen estimated that there are about 85 average-size warehouses currently under construction in New Jersey, highlighting a need for coordinated state policy.

He urged planners to direct warehouses to redeveloped sites rather than consuming more open space, and, like McGuinness, called for a coordinated statewide policy on controlling development of the industry.

‘Enormous’ footprint
“We can’t leave this to a town-by-town approach — it simply will not happen, and the status quo is that our undeveloped land will continue to disappear fast,” he said. “Other kinds of development are not swallowing up undeveloped land a hundred acres at a time. The footprint of an industrial warehouse is enormous, and it is presenting us with enormous challenges that we have not yet come to terms with.”

Jim Gilbert, the former head of the State Planning Commission, said the state needs the economic boost that comes with the warehouse boom but should not pursue it at the cost of developed farmland and congested local roads.

He called for a “vigorous” outreach to towns by state officials and regional planning authorities, including the Highlands Council and the Pinelands Commission.

“The economy needs such development, but not those projects that constitute inefficient sprawl,” he said.